This pedal car was bought initially as wall art, we had planned on repainting it in the same colours as our cars, then cutting in two with a metal cutter. One half for the garage wall the other half in the office.

A bride who came to view our cars saw the finished baby Bentley the day before it was about to be cut in half! “I must have this at my 2018 wedding” she said and that’s how it became part of the fleet. The Liverpool Echo thought this was a fun idea and did a write up about it too. It’s become a great hit with couples and wedding guests alike. So much so I have just made a second car. You get both if you have three of the big cars or two Daimlers at your wedding.

The Baby Bentley is great for photo opportunities for both cute children and adults too. You can have this FREE OF CHARGE at your two or three car weddings. Get in touch with us now to get this cutie booked as its in great demand.

Here are some of the free photos Mark has taken at previous weddings featuring the baby Bentley. 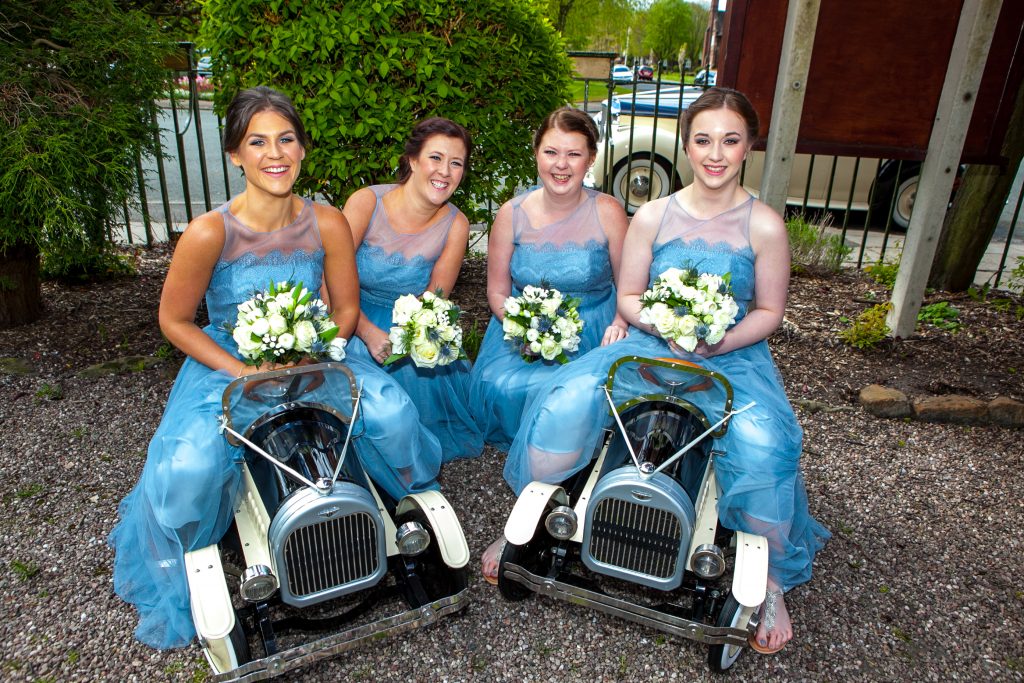 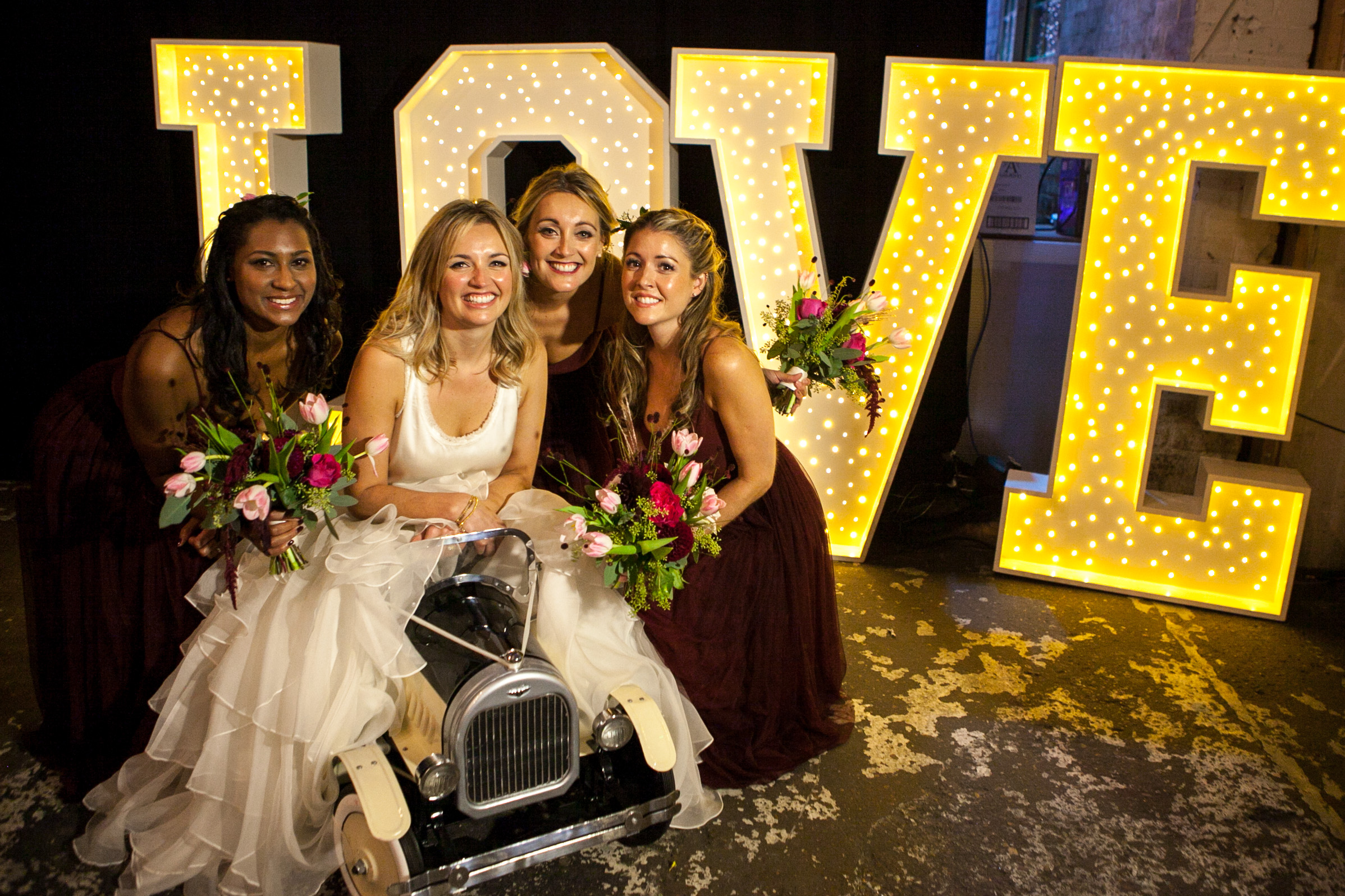 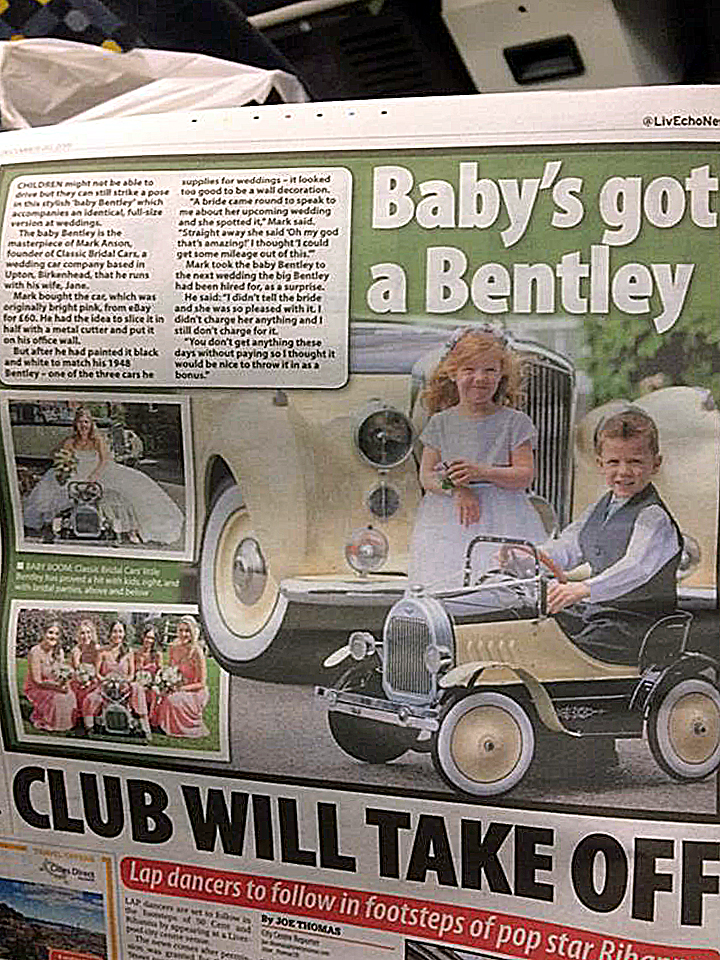 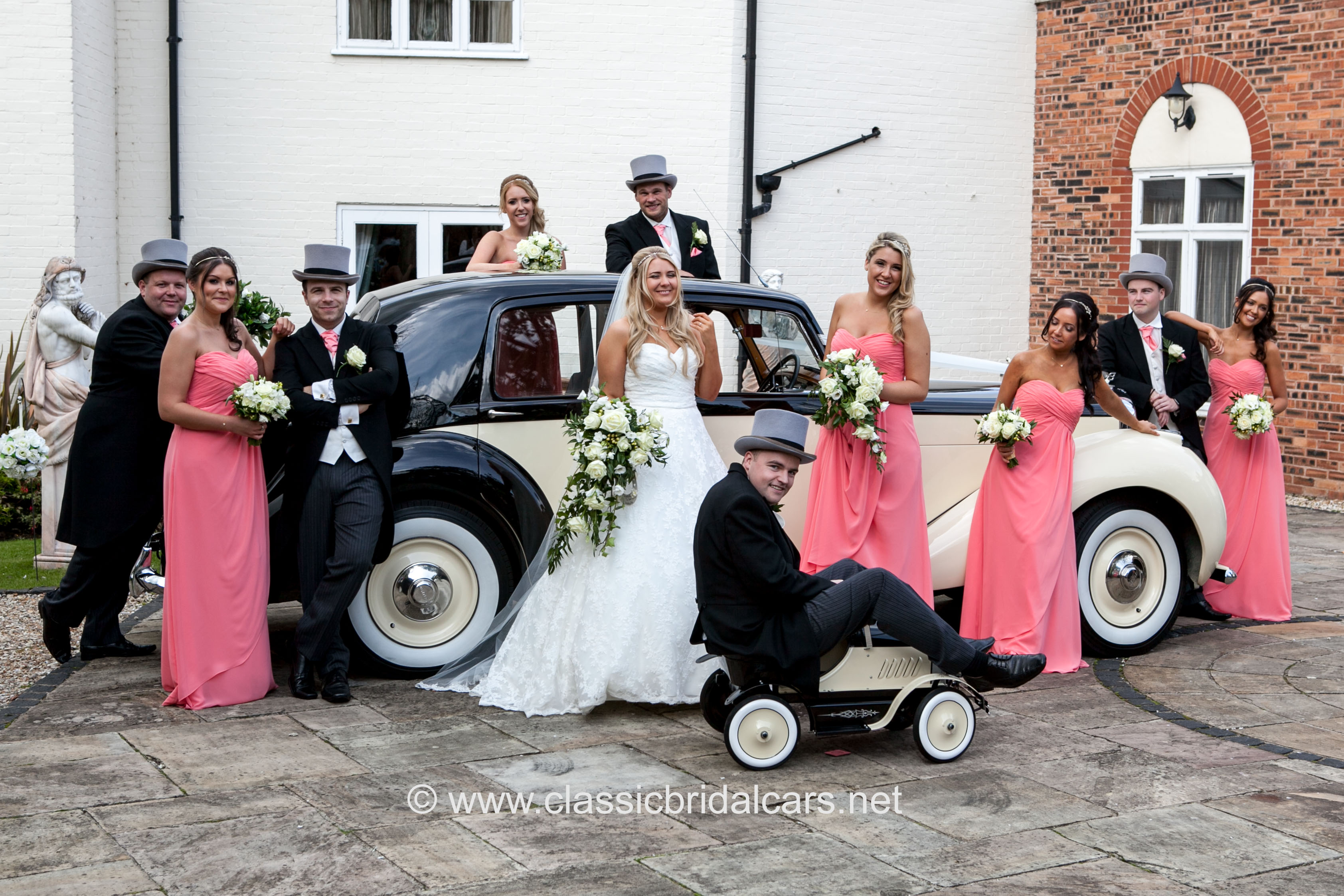 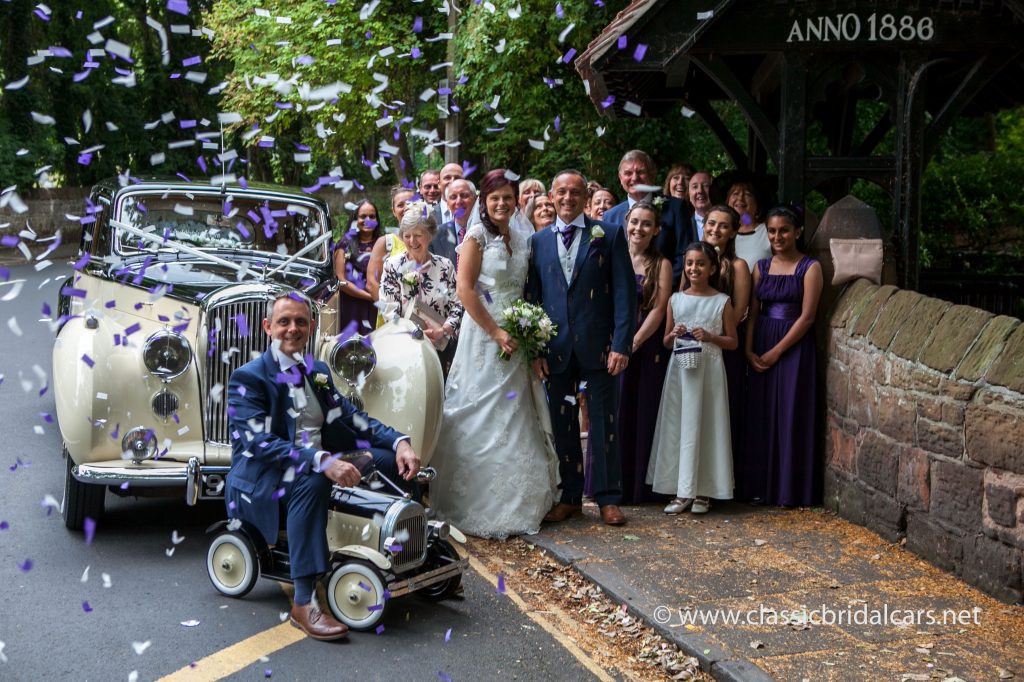 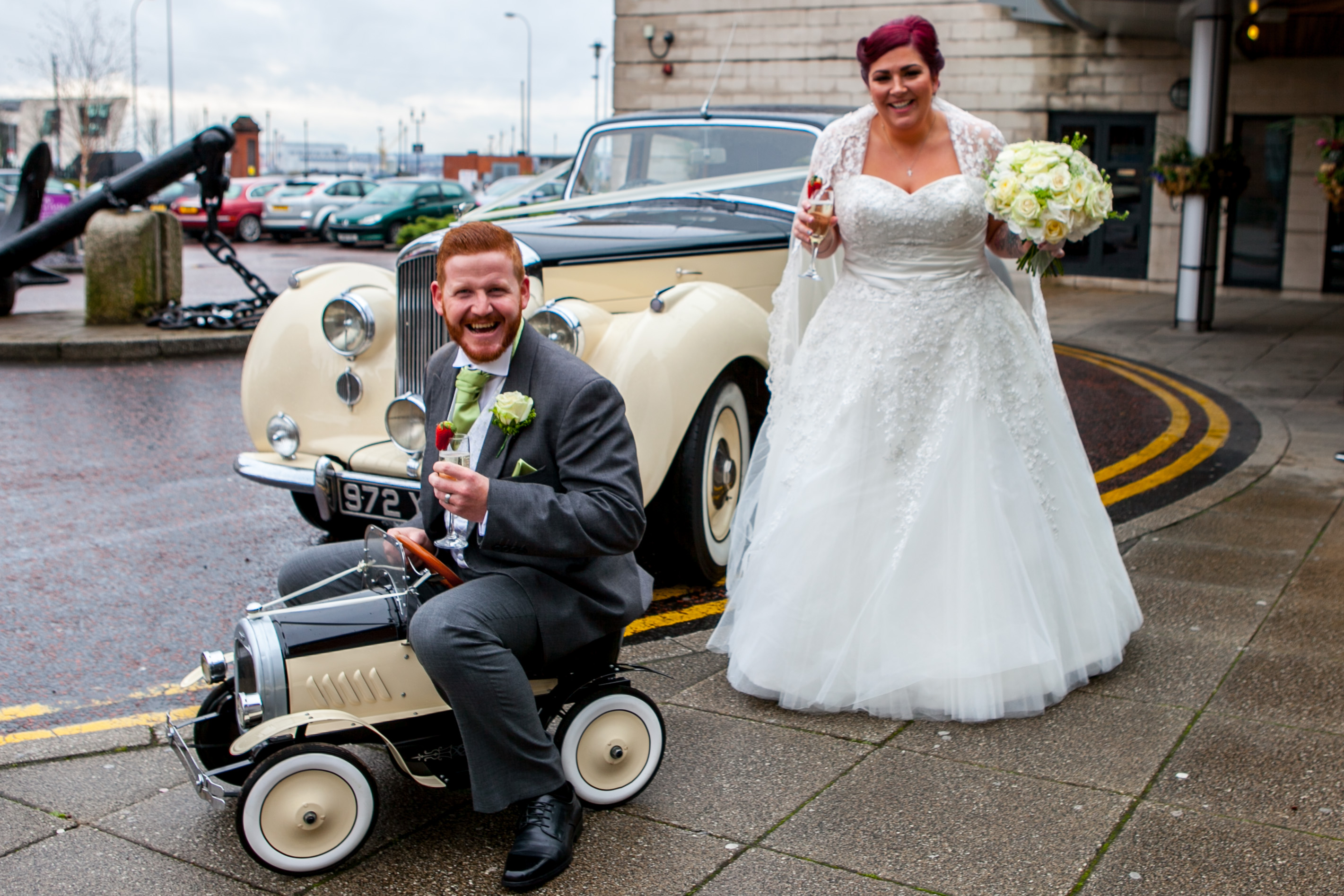 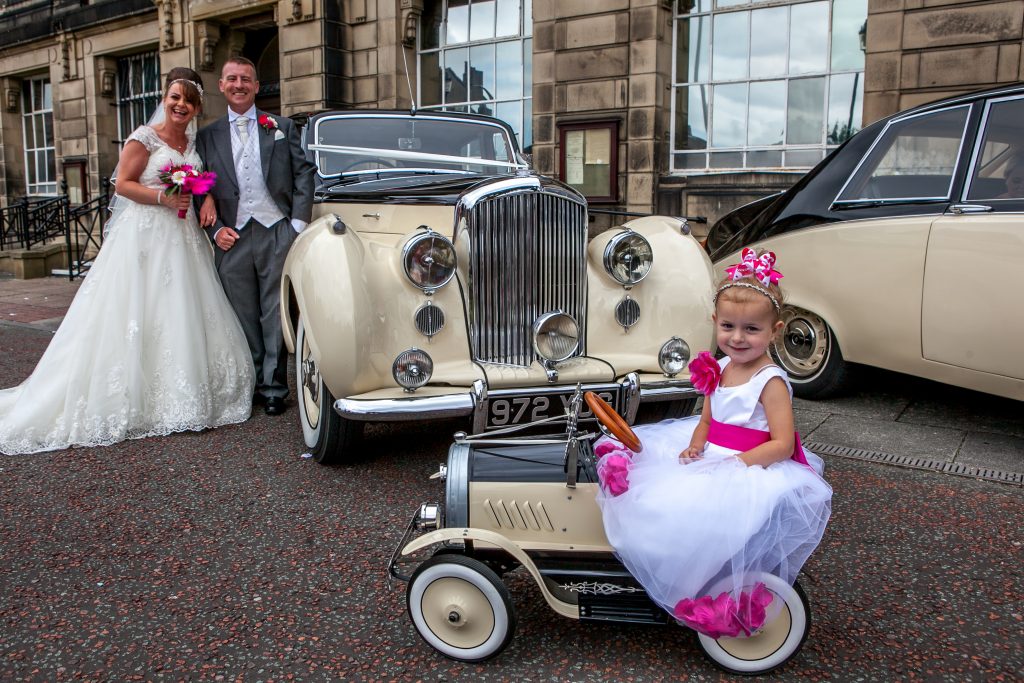 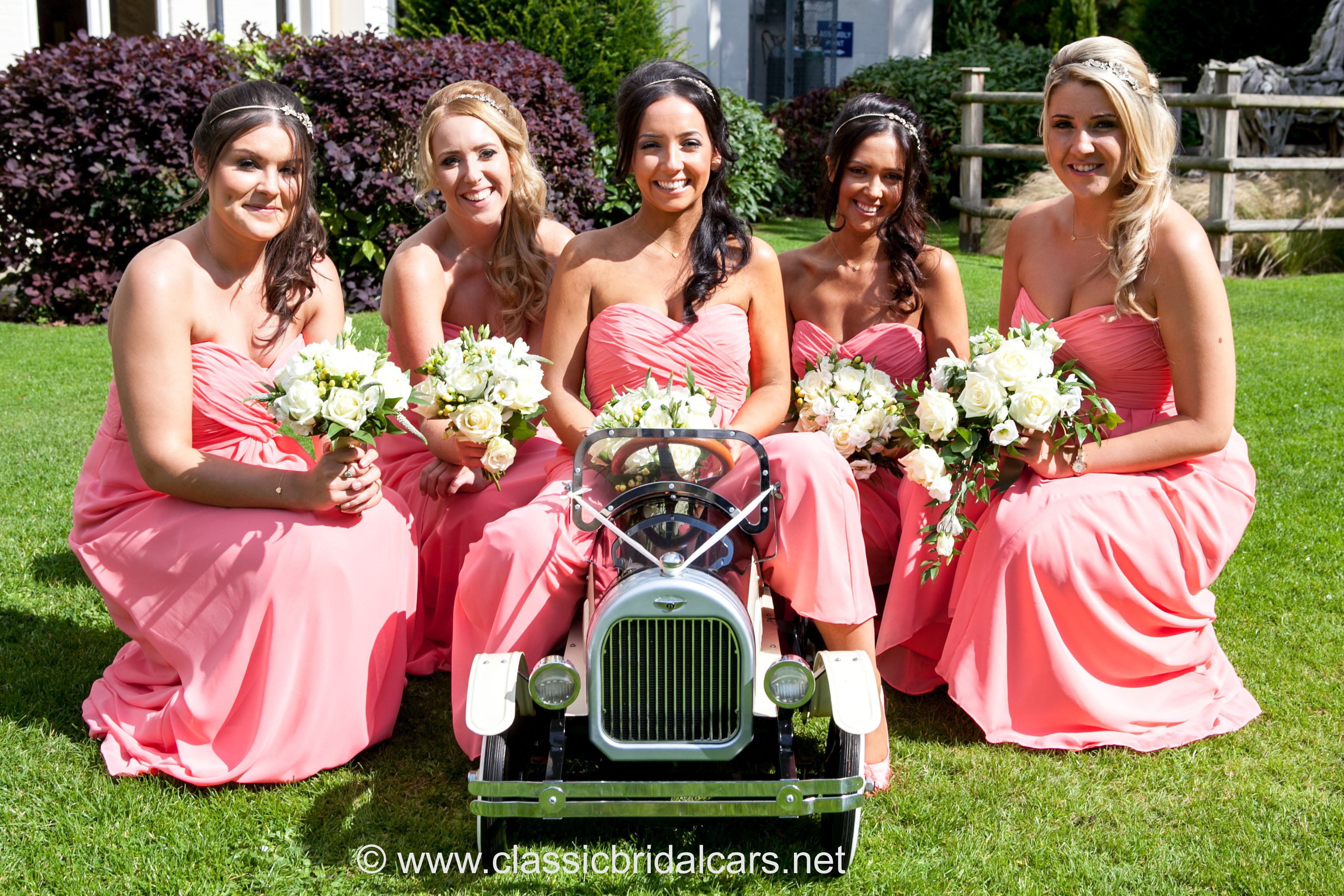 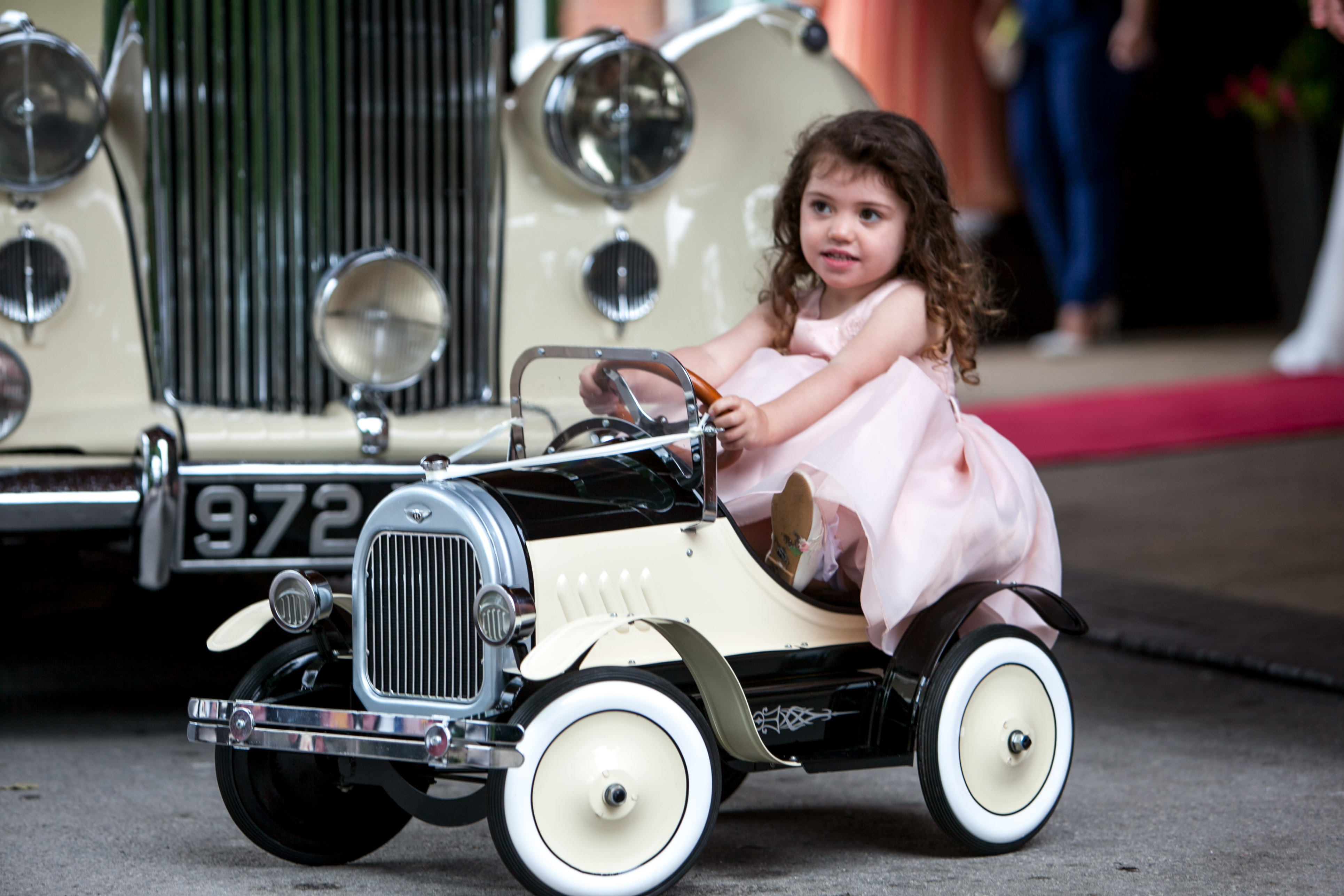 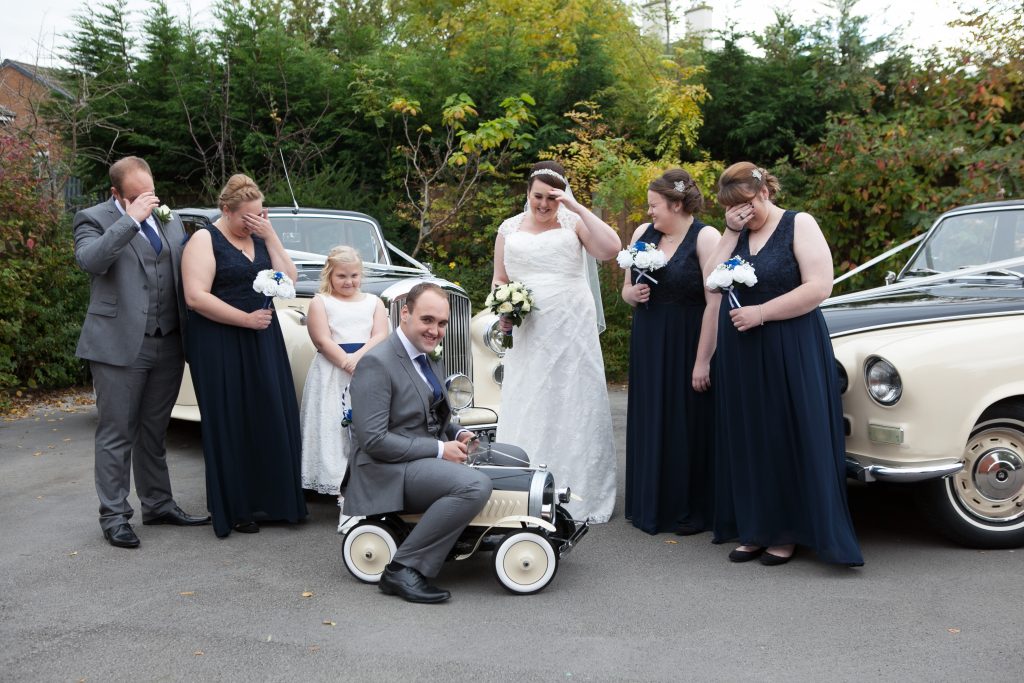 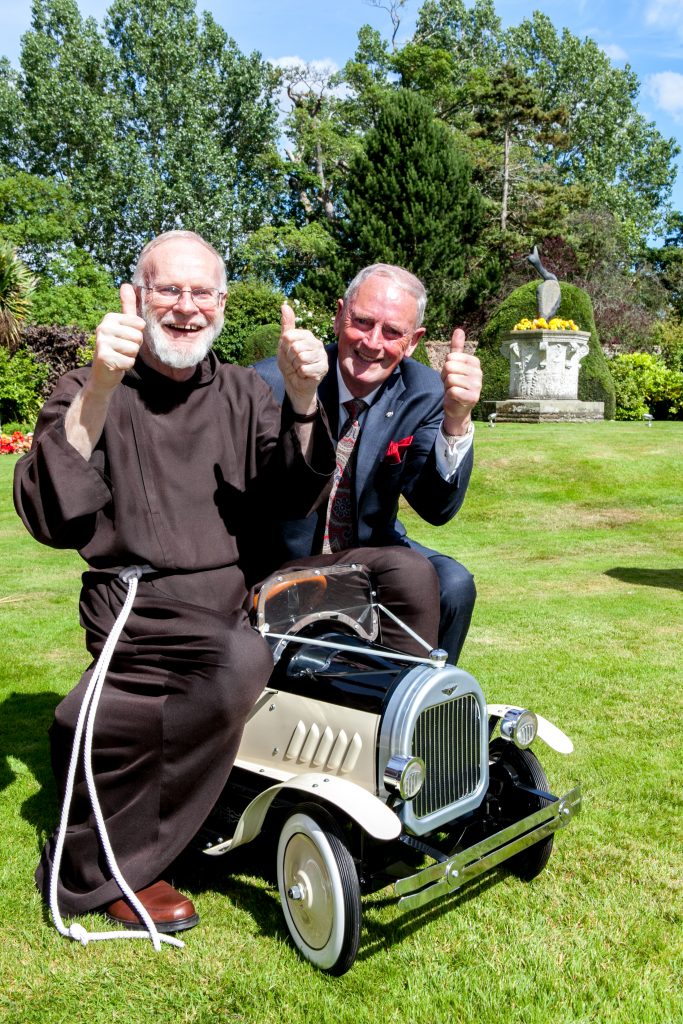 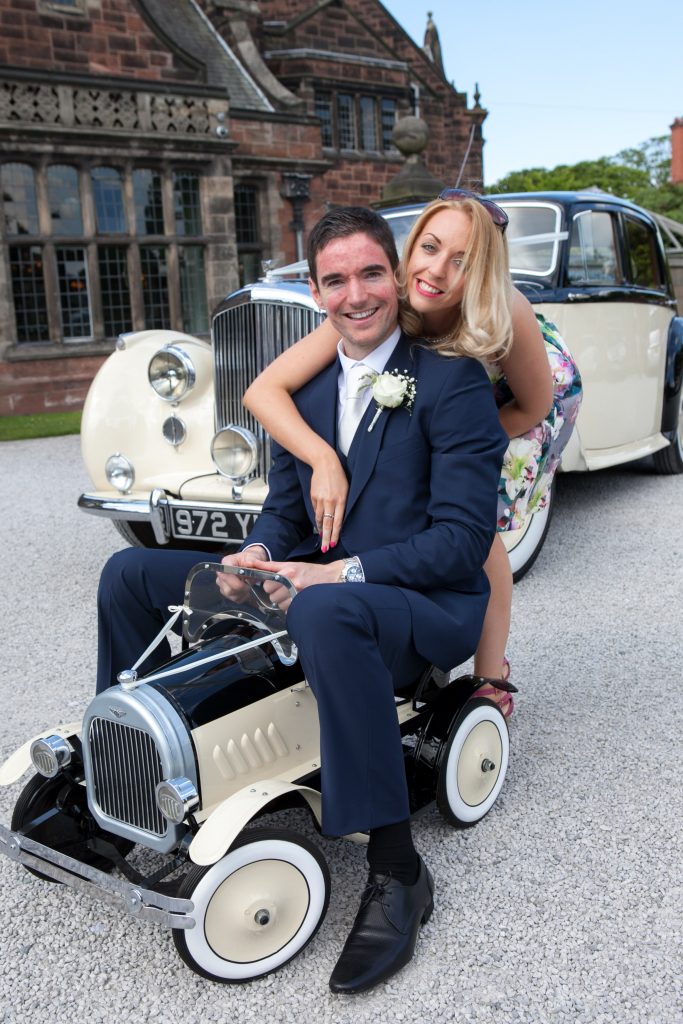 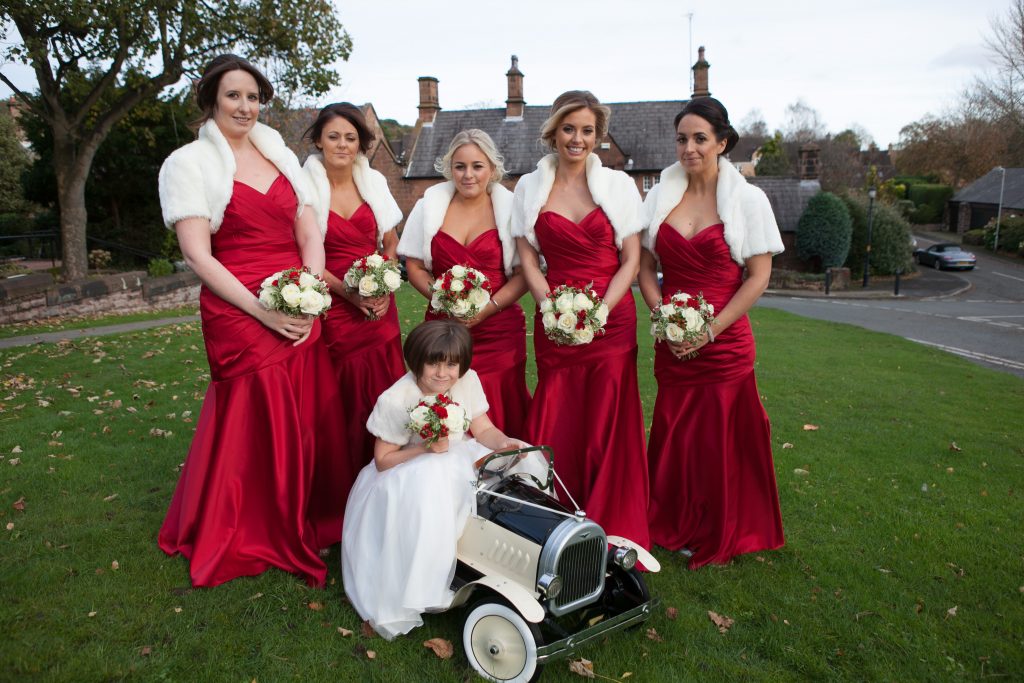